Can You Share Photo Booth Pictures Directly to Social Media?

Sharing pictures directly to social media also has some awesome utility if you are a brand, or a company trying to organically spread the word about what you are doing. Imagine if you have an event with 500 people. Of those 500 people, 350 take pictures on the Photo Booth and decide they want to share them directly to their social media accounts. If you brand the photos correctly by designing your own custom template, then when people post the pictures to their accounts, your logo will be on ever single picture that was posted to social media. In my opinion, that would be one of the smartest ways to organically spread the word about your business. At that point, your “marketing cost” is simply the cost of the Photo Booth. And for that price, theoretically, for this specific example I gave, you would have received 350 posts on social media to individual networks of 1000-3000 people… that’s a steal.

In addition to having people post the pictures to their accounts, you could even design a hashtag that is attached when the photos are posted. This way, people can click your hashtag after the event and scroll through the different photos that were posted that night.

As you can see, the Photo Booth has the freedom for your to not only get creative with pictures, but also incorporating it in different ways to market your business! 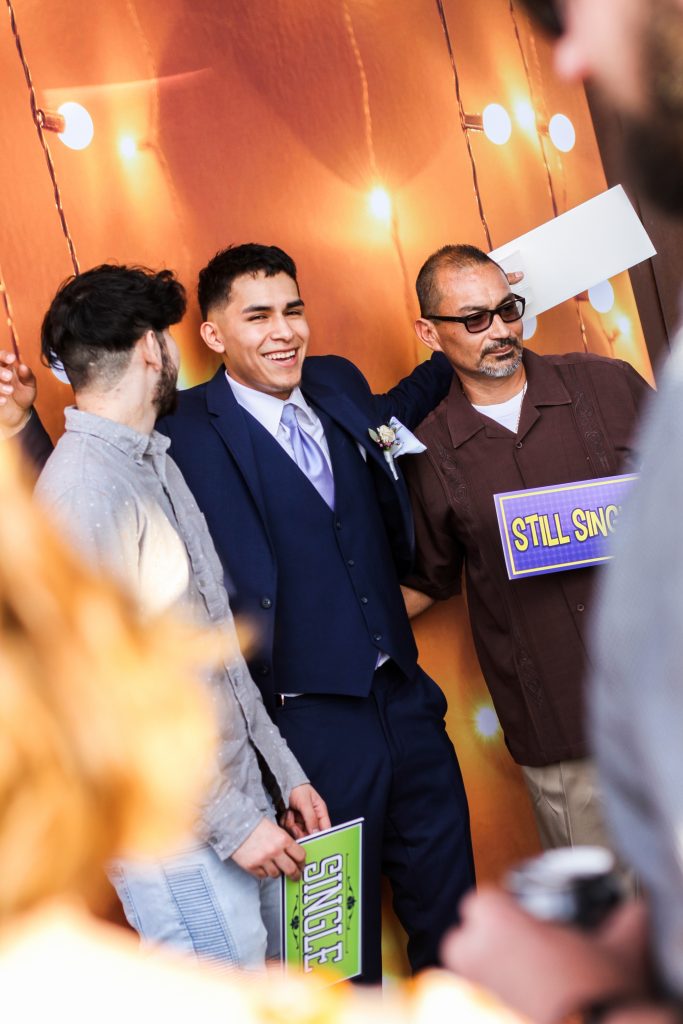